JUST CLICK ON THE NOVEL COVERS IN THE SIDEBAR TO READ AN EXTRACT. 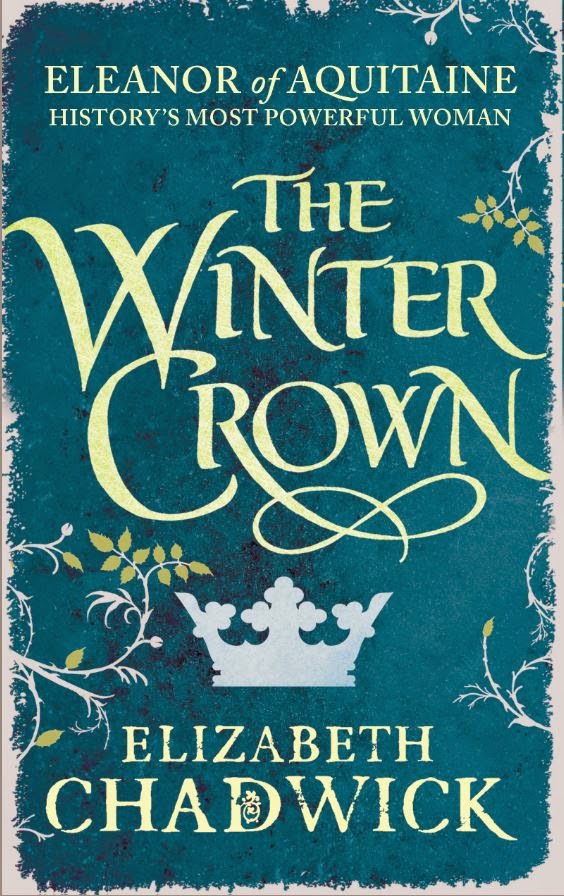 At the precise moment  Theobald Archbishop of Canterbury placed the golden weight of a crown on Alienor’s brow, the child in her womb gave a vigorous kick that resonated through her body.  Clear winter daylight rayed from the abbey’s Romanesque windows to illuminate the Confessor's tomb in sacrarium cast pale radiance upon the dais where Alienor sat beside her husband, the newly anointed King Henry II of England.
Henry gripped the jewelled orb and sceptre of sovereignty with confident possession. His mouth was a firm, straight line and his grey gaze purposeful. In the mingling of gloom and light, his beard glinted copper-red and exuded all the glow and vigour of his tweny-one years. He was already duke of Normandy, count of Anjou and consort Duke of Aquitaine and had been a force to be reckoned with ever since leading his first battle campaign at the age of fourteen.
The Archbishop stepped to one side and Alienor felt the full focus of the congregation strike her with the intensity of a fixed beam of light.  Every bishop, magnate and English baron was gathered here to bear witness, to pay homage, and to usher in an era of peace and prosperity in which the wounds suffered by decades of civil war, might be healed by the young king and his fertile queen. An air of anxious optimism filled the air. Everyone was eager to seek favour and advantage from their new sovereign.  In the months to come she and Henry would have to pluck the jewels from the piles of common stones and discard the dross.

This was the second time Alienor had worn a crown. For more than fifteen years she had been queen of France until her marriage to Louis had been annulled on grounds of consanguinity. The latter had been a convenient box in which to conceal the true reasons for parting; not least that she had only borne Louis two daughters of their union and not the all-important sons.  That she was more closely related to Henry than to Louis gave Alienor cause for sardonic amusement. Money, influence and human imperatives always spoke more loudly than conscience and God.  In two years of marriage with Henry, she had produced one healthy son and expected another child before winter’s end.
Henry rose from King Edward’s carved throne and all knelt to him and bowed their heads. He extended his hand to Alienor who sank in a curtsey, her silk skirts a flood of gold around her feet. Henry raised her up by their clasped fingers, and they exchanged glances bright with exultation and a mutual awareness of how significant this moment was.
Cloaked in ermine, hand in hand, they paced down the abbey’s great nave, following the Archbishop’s jewelled processional cross. Frankincense-perfumed smoke and the vapour of icy breath swirled heavenwards. Alienor held her head high, and walked with a stately tread and straight spine in order to balance the weight of the jewelled crown and the swollen curve of her womb. Her gown shone and flared with each step, and the choir sang triumphant praise, their voices soaring to twine with the smoke and carry all to God.  Within her the child tumbled joyously, flexing and testing his limbs. It would be another boy; all the signs were auspicious. Their firstborn son, sixteen months old, was being cared for at the Tower with his nurse, but one day, God willing, he too would be anointed king in this church.
Outside the abbey, crowds had gathered in the sharp December cold to watch the spectacle and to fete England’s new king and queen.  Ushers and marshals held the  throng at a distance, but the mood was cheerful, the more so when servants of the royal household showered the gathering with fistfuls of silver pennies and small loaves of bread. Alienor watched the scramble, heard the cries of blessing and approbation and although she barely understood a word of English, the sentiments were clear and made her smile.
‘We have made an auspicious beginning,’ she said to Henry.
‘Given what has gone before, it would be impossible not to do so.’ His own smile was wide, but Alienor saw his glance flick across from the abbey to the palace of Westminster and harden for an instant. Once a grand residence, it had become ruinous during the later years of King Stephen and needed urgent repairs to make it habitable.  For now he had set up his administration at the Tower and his domestic quarters across the river at the manor of Bermondsey.
‘But you are right,’ he said, ‘we have made a favourable start, long may it flourish.’  He placed his hand on her rounded womb, deliberately displayed to their subjects through the parting in her cloak. Being fruitful was a vital part of queenship and never more than now at the start of their reign. He gave a delighted chuckle to feel the baby’s firm kick against his palm.  ‘This is our time. We should make the most of every moment.’ Taking a handful of coins from an attendant, he flipped them into the crowd.  A young woman standing near the front with a small child caught one in mid-air and sent him a dazzling smile.

Henry’s squire tapped softly on the door of the rented house in Eastcheap, a short walk from the Tower. The bolt slid back and a maidservant quietly admitted the young man and his royal master before closing the door and kneeling.
Henry ignored her and fixed his gaze on the young woman who had dropped in a curtsey as he entered the room. Her head was bowed and all he could see was the heavy ripple of her ash-brown hair against the pale linen of her chemise.  He went to her and lifted her chin on his forefinger so that he could look into her face.
‘My King,’ she said, and her full lips parted in a smile that stole his heart. ‘Henry.’

Posted by Elizabeth Chadwick at 02:54 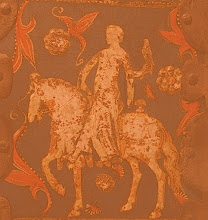 LADY OF THE ENGLISH

TO DEFY A KING

THE TIME OF SINGING/FOR THE KING'S FAVOR 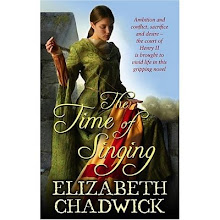 FOR THE KING'S FAVOR GIVEAWAY UPDATE 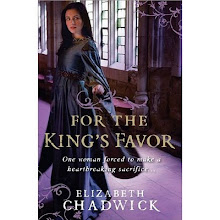 Same novel as The Time of Singing

A PLACE BEYOND COURAGE